Turkey’s opposition parties have taken important steps to present a united front against Erdogan in next year’s presidential elections. Still, in and of themselves, these measures won’t be enough to secure them an electoral victory in 2023 if they fail to wisely select their presidential candidate. 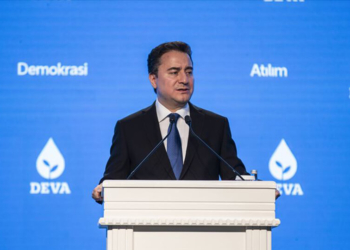 Turkey’s former economy minister Ali Babacan split from Erdogan’s party ranks as the result of several disagreements over democracy and management of the economy. In short order, he established his own party built on a promising agenda; but can Babacan remedy Turkey’s woes? While the answer is unclear, it is certain that Babacan will remain an important political actor.

After years of crisis, President Erdogan has decided to repair Turkey’s relations with Israel and Egypt, but it won’t be easy. Louis Fishman, an expert on Turkey and the Middle East, explains why on FeniksPod’s Middle East Series.

While Ankara’s relations with the West have soured in recent years, its relations with Moscow have come to a more stable footing. Nonetheless, Russia’s invasion of Ukraine may cause Turkey to reassess its adversarial approach to old Western partners.

Send this to a friend