Israeli violence against Palestinians has increased in frequency and intensity over the last year. In Fenikspod’s most recent episode, Dana El Kurd from the University of Richmond talks about the Palestinian issue and Palestinian activism within the context of recent developments. She also discusses how to address the issue and how Israeli-Arab rapprochement might affect Palestinians.

In the most recent episode of FeniksPod’s Middle East Series, Busra Ozguler Aktel welcomed Dana El Kurd, an assistant professor of Political Science at the University of Richmond.

During the interview she discussed the causes and effects of recent developments in Palestine including forced evictions in Sheikh Jarrah, attacks against Muslims at the al-Aqsa Mosque, and the killing of Palestinian journalist Shireen Abu Akleh.

El Kurd underlined that the Israeli-Palestinian issue cannot be called a “conflict” because of the asymmetrical power balance, or inequality between the sides. She instead describes it as “a case of settler colonialism that has displaced Palestinians, and a symptom of an ethno-nationalist project”. For her, this is the reason why the issue remains “unresolved.”

In reaction to Israeli repression, unity among Palestinians, especially the youth, has become widespread. This so-called “Unity Intifada” works to oppose Israel’s occupation and media misinformation and disinformation campaigns. El Kurd highlighted that Israel is worried about mobilization among Palestinians, adding that “Israeli forces are not only beating, but also arresting and putting Palestinians in prison; often based on false accusations and a lack of evidence. It is a strategy aimed at cutting off the mobilization.”

According to El Kurd, the normalization of relations between Israel on the one hand and the Gulf countries, especially the United Arab Emirates, and Turkey on the other hand, will negatively impact the Palestinian issue and democracy in the region. However, she noted that “these alliances between Israel and the Arab governments should not mean that Palestinians are isolated from other Arab publics who are still pro-Palestine.”

Regarding the international response to Israel’s human rights abuses, El Kurd highlighted that international bodies should activate mechanisms intended to hold Israel accountable. “They need to act like they acted when Russia invaded Ukraine and there needs to be the same level of urgency”, she argued, “in an ideal world, Israel would be penalized for its war crimes”. Nonetheless, she recognizes the obstacles: “Israel’s allies don’t want to budge, the US has a significant stance on this, and collective actions like the Boycott, Divestment, Sanction (BDS) movement are being targeted and criminalized.” 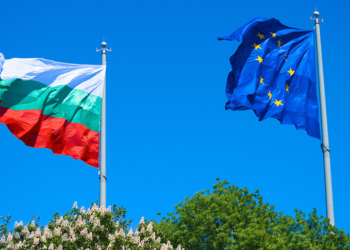