The much-anticipated meeting between US President Joe Biden and his Turkish counterpart Recep Tayyip Erdogan failed to address even the most pressing issues. For all we know, which isn’t a lot, the leaders will enter into more substantive discussions later. But on what? They didn’t even announce what was spoken about.

Media outlets across the globe showed great interest in the make-or-break meeting between Erdogan and Biden on the sidelines of this year’s NATO Summit. Analyses before the encounter listed myriad issues that needed to be addressed to ease NATO-Turkey tensions: the S-400s, the fine against Halkbank , the countries’ roles in Afghanistan, Syria, and Iran, to name a few. There was also an expectation that Biden would underline the importance of NATO members’ shared values and raise his voice in defense of human rights and democracy in Turkey. None of this happened.

After the meeting, neither side referred to specific agenda titles addressed during the meeting. Strangely, the White House didn’t even release a readout like it had done for Biden’s meetings earlier in the day with the Estonian, Latvian, Lithuanian, and Polish leaders. In the subsequent press conference, Biden only said that the meeting was “positive and productive” and asserted his confidence in “making progress”.

Similarly, Erdogan also failed to talk specifics, instead giving a generic speech reiterating his positions on the issues. While he did mention that Afghanistan was discussed, the tangible results of that conversation are still inconclusive. Nonetheless, Erdogan echoed Biden’s announcement that their teams would follow up to arrange further discussions. Thus, it seems that they left even the most pressing issues to be discussed at a later date. Yet even here, it is still unclear what these issues might be.

The first explanation for the US’s cryptic approach is that the Biden administration is intent on downplaying the importance of Turkey. Indeed, US interest in the Middle East is waning, just as Washington is using alternative paths to decrease its dependency on Ankara. It can be surmised that Biden is attempting to show Erdogan that Ankara doesn’t have much leverage. It should be remembered that Biden called Erdogan only after three long months in office.

The second and more plausible explanation for the wishy-washy press briefings and avoidance of hot button issues is the upcoming Biden-Putin summit. The US needs to project the image of a united NATO before this June 16 meeting. Here, US National Security Advisor Jake Sullivan’s comment that “Biden will have the interesting chance to compare notes with Erdogan before seeing Putin” should be taken into consideration. This reveals both the context of Biden’s meeting with Erdogan and his potential approach towards Putin.

Erdogan’s positive talks with Macron and Mitsotakis support this picture. Furthermore, the readouts of Biden’s meetings with Eastern European leaders underline the US’s commitment to NATO and security vis-à-vis Russia. In this regard, a contentious meeting with Turkey would have defeated the purpose. Whether the Biden administration will reveal more details about the discussion in the future is still unknown. There is also a chance that the two leaders focused on sensitive issues related to Russia. One way or another, the Summit successfully portrayed the image of a united NATO in the run-up to Biden’s meetings with Putin. 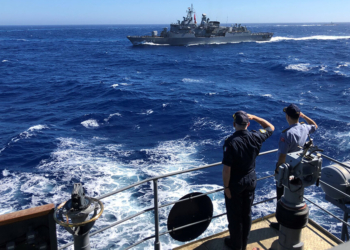