While it is often assumed that COVID-19 affects us all in the same way, it is actually exposing socio-economic inequality that could lead to an unsavory rise of populist and autocratic currents seeking to capitalize on global discontent.

We have tried to unite as humanity against the scourge of COVID-19, drawing rainbows, singing on our balconies and dancing in virtual discos. For the first time, as millennials, we have made great efforts to unite under the flag of humanity hoping that COVID-19 opens a path to empathy and mutual understanding, knowing very well that the virus recognizes neither border nor socio-economic bounds. For the first time in recent history, we all face the same threat, whether we are Hollywood actors, heads of state, or blue-collar workers. However, research shows that we were too quick to presume that COVID-19 was truly egalitarian.

“Emerging evidence” suggests that coronavirus is exerting a disproportionate effect on people from lower socio-economic statuses and disadvantaged racial and ethnic backgrounds. As Andreas Kluth from Bloomberg wittily states, “the most misleading cliché about the coronavirus is that it treats us all the same. It doesn’t, neither medically nor economically, socially or psychologically” (Bloomberg, 2020).

In the United States, black, Asian and other minorities are disproportionately affected by the pandemic. According to Professor Xavier Inda, author of the book Racial Prescriptions: Pharmaceuticals, Difference, and the Politics of Life (2014), in the contemporary United States, matters of life and health have become key political concerns. While the politics of life may seek to overcome racial inequalities in health, from heart disease to diabetes, the populations most afflicted by a wide range of illnesses are still racial minorities.

Reports on national responses to the pandemic from the Middle East also underline another relevant reality, namely, that strong states with strong public finances appear to be better able to manage the health crisis (Clingendael, 2020).

At the individual level, the pandemic is deepening socio-economic disparities. Research on the pandemic shows that people belonging to lower socio-economic statuses are likelier to catch the disease and likelier to die of it. This corresponds with earlier research on influenza, which showed that the transmission of pandemic illness was more common among people from lower socio-economic strata. Low-income, blue-collar jobs are less likely to be conducted remotely, thereby increasing the likelihood that those working these jobs catch the illness and spread it to others in a similar socio-economic position. Similarly, people who are homeless or living in refugee camps or shanty towns without access to proper water, sanitation and hygiene facilities do not have the luxury of adhering to social distancing and/or hygiene guidelines. This occurs as calls for an international response to the needs of these vulnerable communities fall upon deaf ears.

Pandemics and disasters only exacerbate pre-existing vulnerabilities, and the deepening of these vulnerabilities is known to cause increased socio-economic unrest in the short-term. Riots in multiple cities across the globe imply that job security and food security are at risk, an unfortunate reality that will increase tensions between policy-makers and the public. Future perils include spikes in racial or socio-economic animosity, right-wing populism or even rates of addiction. Down the line, autocratic tendencies could increase, as moves are made to take advantage of the discontent that is probable during and after the mass pandemic. According to IMF estimates, the global economy is on the brink of the worst recession since the Great Depression. We are expecting economic crises and lasting challenges that might increase already existing socio-economic disparities. Overall, while some engage in conspiracies that COVID-19 is man-made, it cannot be denied that the virus shines a light on the true man-made malaises of our humanity. 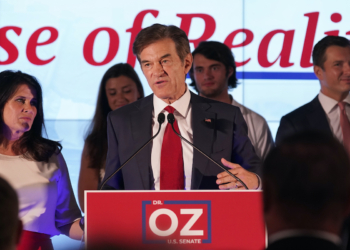