Russia’s invasion of Ukraine incentivizes Berlin and Ankara to recalibrate their bilateral relations, but Scholz’s visit to Turkey isn’t the harbinger of a breakthrough.

German Chancellor Olaf Scholz’s first visit to Turkey since taking office in December 2021 went largely unnoticed. There was no significant press, no debates, just a passing announcement from the Chancellor’s official Twitter, complete with a cooperative overture: “Our joint appeal to President Putin: Hold on, there can only be a diplomatic solution.”

Nonetheless, the German chancellor’s trip is still important. It occurred in part due to Ankara’s potential to mediate between Kyiv and Moscow and also because of Turkey’s increasing power and geopolitical importance in its region. As of 2015, Turkey has been the only regional power to challenge Russia, and on many fronts: whether in Syria, Libya, or most recently in the Caucasus.

Despite its economic and energy dependence on Russia – Turkey relies on Russian natural gas and tourism revenue – and contrary to the predictions of some Turkey experts, Ankara has not become a satellite of Moscow. Instead, the Turkish fleet has defied Russia in the Black Sea, and Turkey helped to counter-balance Russia by providing Ukraine with defensive equipment including armed drones, boosting the country’s defensive capacity.

After the war between Armenia and Azerbaijan in 2020, Moscow had to accept the peace together with Ankara. The Zangezur corridor could now connect Turkey via Azerbaijan with Central Asia and will provide an alternative route for natural gas from the Caspian Sea basin to Europe – effectively bypassing Russia. Germany can partially free itself from Russian energy dependence by helping Turkey to establish itself as an energy corridor.

Ankara appears to be emerging from the diplomatic isolation it entered into beginning in 2013. It is restoring cooperation with the United Arab Emirates, negotiating with Egypt, and calling for the return of close ties with Israel. Israeli President Isaac Herzog confirmed his willingness to cooperate with Turkey during his visit there on March 9. Greek-Turkish diplomatic relations are also experiencing a thaw. The phone call between Turkish President Recep Tayyip Erdogan and US President Joe Biden on March 10 was another small step towards rebuilding confidence in Turkish-US relations. But will these efforts extend to Germany?

From a realistic and geopolitical perspective, Russia’s aggression in Ukraine should bring both countries closer and cause cooperation between Berlin and Ankara to become a priority. First, Russia’s war in Ukraine shattered an era of peace in Europe, altering Germany’s security policies. Berlin feels forced to invest more in armaments and to build up a strong deterrence against Russia, which requires a militarily strong and politically united NATO. Therefore, a stronger connection between Turkey and the West is essential as Ankara’s drift therefrom would have fatal consequences for NATO’s defense and deterrence capabilities.

Second, it seems likely that Russia may soon test Western resolve by escalating tensions in other regions such as the Balkans or in Libya. Here too, cooperation between Ankara and Berlin would be mutually beneficial.

Third, there is a strong drive to deepen economic and political relations. Germany and Turkey have significant trade relations, boasting a trade volume above 41 billion USD in 2021. Moreover, some three million people of Turkish origin live in Germany, closely linking the two countries. Berlin also considers Ankara to be an important partner in handling immigration to Europe, as thousands of people try to reach Europe via Turkey each year.

These economic and geopolitical circumstances make a diplomatic recalibration between Turkey and Germany necessary. However, Chancellor Scholz’s visit to Turkey showed us that a breakthrough is still far off. Here, a small yet important detail illustrates the dissonance. According to German diplomatic custom, after a change of government, an inaugural visit is made by the new German foreign minister to partner countries, the chancellor then follows. Such a pattern was observed during the inaugural visits to the US, France, and Poland. That the new Foreign Minister Annalena Baerbock skipped her inaugural visit to Turkey shows Germany’s intragovernmental difference when it comes to Turkey policy.

As co-chair of the Greens, Baerbock criticized the Turkish government’s authoritarian approach and Turkey’s incursion into northern Syria. She also questioned Germany’s delivery of military equipment and weapons technology to Turkey. Baerbock and her party support a “values-based” foreign policy and demand Turkey respect fundamental rights, freedom of speech, and rule of law. Although Social Democrat Scholz shares this discomfort, he nevertheless evinces a more pragmatic stance towards Turkey. In Ankara, Scholz praised Turkey for closing the Bosporus to warships belonging to parties to the conflict in Ukraine, a move that mainly affects Russia’s access to the Mediterranean from the Black Sea.

Despite Turkey’s constructive role in mediating between Russia and Ukraine, Scholz’s visit to Turkey has been criticized by German media because of Turkey’s poor human rights and democracy record as well as Erdogan’s anti-Western rhetoric. There were no signs of a clear discursive shift regarding the image of Turkey in Germany or the potential for bilateral rapprochement. Nonetheless, the demonization of Turkey is gradually fading. During the visit, some called for a redefinition of Turkey’s role vis-à-vis Germany while others pushed for Germany to show more understanding for Turkey’s economic and security priorities. A strong appeal came from former German Foreign Minister Sigmar Gabriel, who criticized US cooperation with the YPG, drew attention to the volatile security situation in the Black Sea, and advocated for the delivery of Patriot missile defense systems to Turkey.

In sum, aside from their common interests and great potential for cooperation, Ankara and Berlin also share a long list of grievances. It will take time for the two to rebuild confidence in one another; a process that will also necessitate a change in Turkish domestic politics. Before pursuing a new policy towards Turkey, the German government will wait for it to make improvements in the fields of human rights, democracy, and rule of law. It will also wait for the results of Turkey’s elections in 2023.

Yaşar Aydın is an affiliated senior researcher at Foreign Policy Institute (METU) and lecturer at the Hamburg Protestant University for Social Work and Deaconry Hamburg. Aydın previously worked as a senior researcher at the HWWI – Hamburg Institute of International Economics and SWP – German Institute for International and Security Affairs and taught at the Turkish-German University Istanbul. He can be found on Twitter: @yasaraydin10

The opinions expressed are those of the author and do not necessarily reflect the views of FeniksPolitik. 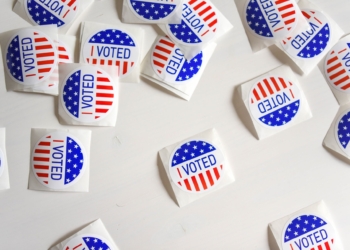